This fascinating Southeast Asian nation has undergone a total renewal after decades of war and destruction. A tropical paradise of hospitable people, Vietnam has plenty to offer. Its bustling cities, pristine beaches, emerald rice paddies and exuberant jungles make the perfect backdrop for a memorable holiday. Trek scenic routes in the north, dine and wine in cosmopolitan Hanoi or Ho Chi Minh City, relax on golden sand beaches or sail the quiet waters of Halong Bay on a charming junk ship. 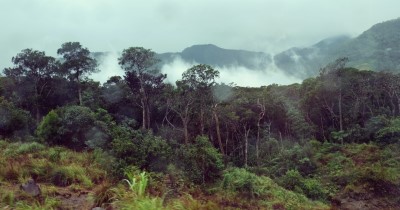 OFF THE BEATEN PATH IN VIETNAM’S CENTRAL HIGHLANDS

A GLIMPSE OF VIETNAM: NORTH TO SOUTH

THE PEACEFUL WATER WORLD OF THE MEKONG DELTA

THE MEKONG DELTA BY BIKE

THE MAGICAL BAY OF HALONG

DINE ON THE SAIGON RIVER

A ROMANTIC SUNSET ON THE SAIGON RIVER

THE SACRED RUINS OF MY SON

A Glimpse into Traditional Vietnamese Medicine

THE WORLD OF AN IMPERIAL PRINCESS

Vietnam grants visa free entry to citizens of 24 countries, including Germany, the United Kingdom and Spain. Moreover, citizens from 80 countries are eligible to easily apply for an e-visa online. These countries include the United States of America, Australia, and Canada. Upon arrival to Vietnam visitors must show a valid passport, proof of onward travel and e-visa (if required).

As part of our personalized services, Terraverde provides detailed and updated information on entry requirements and procedures to our travelers, as well as assistance upon arrival, airport fast-track and more. For details please inquire.

The road network has improved but still needs to be upgraded in some areas. To cover a distance, it is reasonable to count an average speed of 50 km/hour.

It takes a minimum of 32 hours from Hanoi to Ho Chi Minh City. Although we can now find carriages with soft sleepers and air-conditioning, it is slow and not really comfortable but for a short-term journey. Nevertheless, trains remain an interesting way to see Vietnam.

The official currency is the Vietnamese Dong (VND) although US dollars are still accepted. At the time of publishing the exchange rate is US$ 1 = 23,100 VND.

Traveler’s cheques can be cashed only at major banks and usually incur a 2 to 5% transaction fee.

Debit and credit cards are accepted now in most of hotels, restaurants and shops in main cities of Vietnam, but can also be subject to 2 to 3% transaction fees.

You can also get cash with your debit card either from automated teller machines (ATM) in the main tourists cities and hotels or from foreign exchange offices (subject to transaction fees).

Vietnamese is the official language although English is increasingly spoken by younger Vietnamese in main cities. Some people and especially elderly still speak French, while middle-aged speak Russian.

Tipping is not mandatory although it is appreciated. Note that prices in hotels and restaurants usually include 10% for VAT and 5% for service charges.

It is advisable not to drink water from the tap unless it is boiled properly.

International phone call charges from Vietnam have decreased tremendously over the past few years. WIFI is readily available everywhere from hotels to cafes and convenience stores. Prepaid SIM cards with internet data can be easily purchased at the airports and telecom dealers in the cities.

Hanoi and Ho Chi Minh City have good hospitals staffed with foreign medical personnel, however for life threatening injury it can be necessary to be evacuated to Bangkok or Singapore and we therefore strongly recommend taking out medical travel insurance.

Vietnam has been ranked one of the safest countries in the world for travellers, however it always pays to be prepared. Refrain from holding cameras and cellphones on busy streets since most robberies are drive-by snatchings. When taking pictures stand away from traffic.

Vietnam has 95,5 million inhabitants with an average density of 308 inhabitants/km2, reaching 1,000 in the Red River Delta in the north.
88% of the population is Viet, 2% Chinese and 1.5% Khmer. Numerous ethnic minorities make up the rest of the population of Vietnam: Muong, Nung, Dao, Thai, Cham, Hmong and various mountain-dwellers.

Prices displayed are usually fixed, but in other cases, bargaining is a fact of life in Vietnam!

Vietnam is 7 hours ahead of Greenwich Mean Time. It is the same time zone as Bangkok.

In Vietnam electric current is mostly 220V in main cities, although you can still find 110V in rural areas. Sockets are both round and flat types.

DINE ON THE SAIGON RIVER

A ROMANTIC SUNSET ON THE SAIGON RIVER

THE SACRED RUINS OF MY SON

A Glimpse into Traditional Vietnamese Medicine

THE WORLD OF AN IMPERIAL PRINCESS

Today, Vietnam has overcome the hardships of colonization and war, emerging as one of the fastest growing tourism destinations in the world. Both the local and outside narrative has shifted from the ravages of war to the nation's scenic rice terraces, age-old temples and outgoing people. Despite a hasty modernization, the country still retains its age-old traditions and character. A nation of contrasts, where modern glass buildings tower over French colonial palaces and ornate pagodas, and lovely grandmas sell Bourdain-esque street eats outside glitzy shopping malls.